I have finally had my blood work analyzed post Shakeology.  I have been drinking Shakeology regularly for 18 months, but exercising and improving my nutrition for 4 1/2 years.
I searched through my old health records and found some blood work from 9 years ago.  This was before children, and 3 years into my marriage.  I rode my bike, occasionally went to the gym and jogged on the treadmill and lifted a few weights.  200 pounds
The next set of results are from 2 years ago.  2 1/2 years into regular exercise.  175 pounds.
Final set - current.  172 pounds!


My triglycerides, total Cholesterol, LDL levels are remarkably improved. My cholesterol ratio was always good, as were my HDL levels!
My energy is better, my digestion is better, my health and well being is better.
This little graph shows that you can definitely improve your numbers with better eating habits and increased exercise... what changes did I make?

In early 2007 I decided it was time to make changes as my weight was over 200 pounds so I joined the gym with a friend and we committed to getting fit.  I cut back on carbs, especially white rice and pasta, which was a staple of our diets. I also cut back on my portions. I cut out some processed snacks. My fitness also changed. Having children in childcare I had to be efficient so I worked out accordingly. I hit the gym hard and I didn't mess around! I started playing with my kids more to burn extra calories during the day!  These resulted in the changes in my blood work dated 2009.

In January of 2010 I started drinking Shakeology daily, I cut out diet soda (regular was already cut out), I tried to totally cut out white flour, sugar, rice and pasta (having young children I am not able to cut this out of the house completely). I exercise even more efficiently and do a large portion of my work outs at home with DVD programs like Insanity and P90X. I am aware of all of the food that goes in my mouth. I still enjoy an occasional glass of wine, a sweet and a piece of pizza, I just don't enjoy them every day!  My blood work has improved again from 2009.  I attribute these changes to Shakeology.  Yes, I have great genetics, but look at my 2002 results.  Good genetics don't help you when you aren't helping yourself... I actually thought  I was pretty healthy at that time!

Small changes made over time can make a world of difference in your life!

Let me know how I can help you get started on Shakeology.  You can order a month supply - there is a money back, bottom of the bag guarantee.  You can buy a 5 day or 10 day supply from me.
If you are looking for a great fitness program complete with a nutrition plan and suggested workout schedule plus my support and motivation, just let me know what you like to do for fitness or take a look at this video and let me know what looks most interesting to you.
My fitness journey continues every day.  I plan to start ChaLEAN Extreme in mid August to stay strong and healthy.

Here is video link about where the ingredients in Shakeology com from:

Posted by Unknown at 3:36 PM No comments:

I read an article about the "obesity problem in America"in our local newspaper early this week and it got me a little fired up ;)  Below is my response to the article that was printed in Tuesday's newspaper!  If you need some encouragement and motivation to get fit and healthy I would love to assist!  Sign on to www.GetFitWithNicola.com to make me your free coach and we will go from there!!!  or email me!

The July 8 news article "New report offers grim data on nation's obesity problem" comes as no surprise to me. Obesity is a growing problem and no one seems keen on stopping it. Yes, the government can help control the problem with agricultural subsidies, etc., but the real change has to happen at a local and personal level.
People need to wake up and realize that we are setting our children up to have shorter life spans than we have. We need to move more, eat healthier and teach our children to do the same.
Fast food is convenient and our lives are busy, but if you plan ahead, stock your fridge and pantry with healthy food, shut off the TV and get moving instead, change will happen.
We are a society raised on instant gratification and instant results, but getting healthy requires time, commitment and a change in lifestyle -- forever. It is time to wake up, people, and make changes.
NICOLA WRIGHT
Bakersfield

LOS ANGELES — America continues to get fatter, according to a comprehensive new report on the nation’s weight crisis. Statistics from 2008-2010 show that 16 of the nation’s states are experiencing steep hikes in adult obesity, and none has seen a notable downturn in the last four years.
Meanwhile, cases of Type 2 diabetes and high blood pressure that health experts have long warned would result from the nation’s broadening girth and sedentary ways are becoming increasingly widespread, according to the report, titled “F as in Fat,” released Thursday.
Even Coloradans, long the nation’s slimmest citizens, are gaining excess poundage. With an obese population of 19.8 percent (the only state with an adult obesity rate below 20 percent), Colorado remains the caboose on the nation’s huffing, puffing train to fatland.
But in just the last four years alone, the ranks of the obese even in Colorado have grown 0.7 percent. And Colorado’s hypertension rates have risen significantly as well — to encompass 21.2 percent of adults.
The report, prepared by the Robert Wood Johnson Foundation and the Trust for America’s Health, is the groups’ sixth annual state-by-state accounting of obesity.
In the last 15 years, the report said, adult obesity rates have doubled or near-doubled in 17 states. Two decades ago, not a single state had an obesity rate above 15 percent. Now they all do.
“When you look at it year by year, the changes are incremental,” said Jeffrey Levi, executive director of the Trust for America’s Health. But if you back up a generation and look at the slow but steady climb of Americans’ weight, he said, “you see how we got into this problem.”
Getting out of it will not be simple, Levi said. The report stressed the need for a range of measures, including boosting physical activity in schools, encouraging adults to get out and exercise, broadening access to affordable healthy foods and use of “pricing strategies” to encourage Americans to make better food choices.
“Until the government takes on the food industry, we’ll continue to see the appalling numbers in this report,” said Kelly D. Brownell, director of Yale University’s Rudd Center for Food Policy and Obesity, who was not involved in the report. “These numbers signal an emergency, and we simply have to have the courage and resolve to do more than what we’re doing.
“Government could start by changing agricultural subsidies, by not make it financially attractive for companies to market unhealthy foods, by placing serious restrictions on marketing to children, and with financial policies that make healthy foods cost less and unhealthy foods cost more,” Brownell added.
The nation’s roughly 4.5 billion excess pounds still skews heavily to the southeast, with eight of the nation’s 10 most obese states clustered around the Gulf and Atlantic coasts and along the southern Appalachian mountains. Within the top 10, only Oklahoma and Michigan (which suffered a whopping hike in adult obesity of 1.2 percent in the last four years — the largest of any state) lie outside the South.
Posted by Unknown at 5:01 PM No comments: 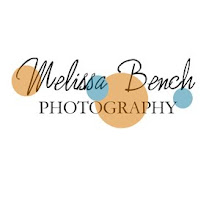